By compacting and dewatering reject, a paper recycling company avoid having to transport water for no useful purpose.

SKJERN PAPIR A/S in Denmark produces 54,000 tons of liner and cardboard from recycled paper annually. In the initial sorting, the paper material is separated out from large, insoluble materials such as plastic, staples and other unwanted elements using a pulper. The rejected material is compacted and dried using a RUNI SK370.

After using the compactor, the dry matter increased to between 64 and 67 %, and the reject can now be disposed of as combustible waste, at a much lower cost.

“What’s more, we avoid having to transport water for no useful purpose. The water is pressed out of the reject and is reused in the centrifuge now instead,” says Knudsen.

The compactor is fully automatic, and runs 24/7 all year round. Sensors in the hopper activate the screw drive when there is material to be compressed, and electronically-controlled hydraulic jaws ensure a constant compaction pressure.

“The RUNI SK370 is a strong machine, which runs reliably and consistently in an aggressive environment like ours,” concludes Knudsen. 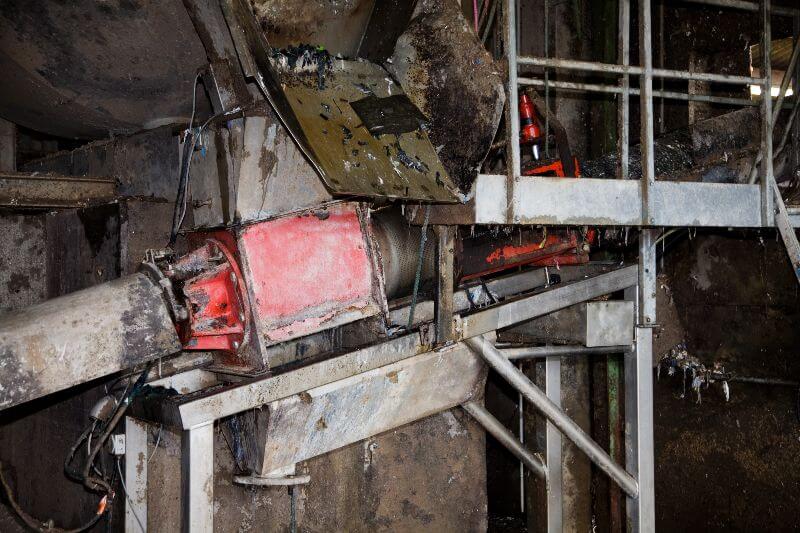